In truth, every Maclean does have such an heirloom. We are one of the few clans that can visit our ancestral home and walk where our ancestors, the sons of Gillean, walked so many centuries ago. We lost this precious heirloom in the late 17th century when the Chief forfeited the Castle to pay off the family’s debts. Without constant maintenance, our home quickly fell into ruins. In 1911, the current Chief’s great-grandfather, Sir Fitzroy Maclean, bought back Duart Castle and personally invested in restoring and preserving the castle to serve as the Chief’s home and a touchstone for members of Clan Maclean.

Now we are in danger of losing Duart Castle again. When water damage brought down four ceilings in the winter of 2013-2014, our current Chief realized he could no longer afford the upkeep of the castle that his family had personally financed for over 100 years. He is now urgently appealing to his clansmen to help save the castle as every year water continues to erode away centuries of Maclean history. Whether or not you take your opportunity to stand on the centuries-old stone floor where the sons of Gillean stood, it is up you to make sure th 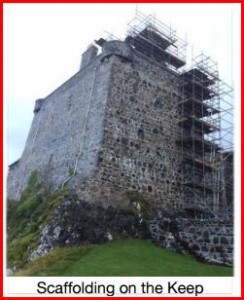 at your grandchildren have that same opportunity.

What will you give to keep your family heirloom for generations to come?

Please give your tax deductible donation at the Clan MacLean PNW tent at gatherings, or send to:

The two main works in Phase 6 have been the replacement of the three rusty beams above the bay window in the Banqueting Hall and removal of the plaster and cement on the inside walls of the Drawing Room. Andrew Bradley, the main contractor, and his team have worked very hard in very difficult conditions to carry this out. In removing the beams, they didn’t just have to get them out, first, they had to remove the 40cm (16inch) thickness of hard concrete around them. They were working in a confined space and had to remove the beams by cutting them with a grinder, as they feared the use of oxo-acetylene could cause a fire. What a job they have done in very difficult circumstances and I’m very grateful for their dedication and hard work. 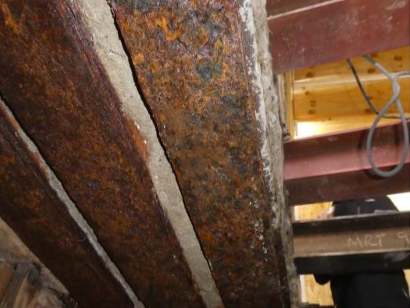 This photograph shows the three rusty beams that needed to be removed. The needles that had to be inserted by the stonemasons to support the wall when the beams were removed can be seen on the right of this photo. 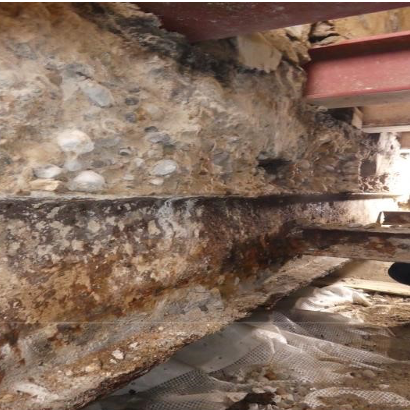 This photograph shows the rusty beams waiting to have the cement removed from above before being cut out. 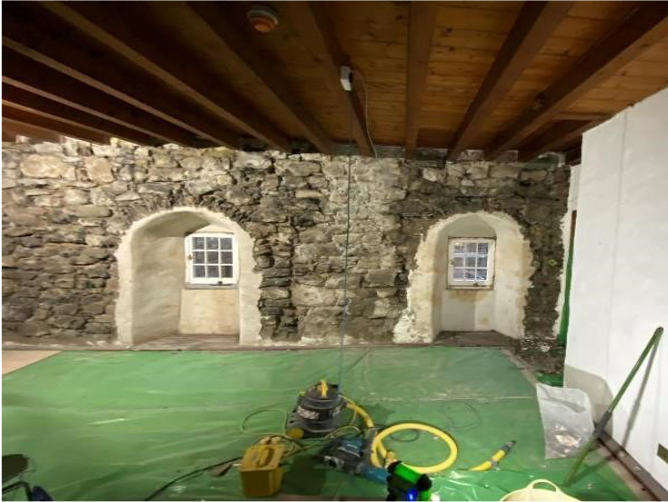 This photograph shows the Drawing Room south wall with the plaster and pointing removed. The dry area between the windows shows the position of the original fireplace that was built up in 1912. It shows the damp areas on either side.

Before I finish this report I must thank you all for your very generous support. The Appeal has raised £693,000 and we would not have been able to carry out much of the work on the castle without these contributions from you.

We do still need to raise £114,000 to carry out the works in Phase 7, which starts in April 2020, and I hope that you will feel able to continue your support which will enable Duart to be preserved for future generations of the Clan.

With many thanks to you all,

Thank you to all who have contributed amounts large and small to this effort!

Phase 4 is on target for completion in the early summer of 2018, and at the moment we are within our budgeted cost, however we do have a shortfall of funds from the Appeal to match the funding given us by Historic Environment Scotland.

Phase 4 is concentrated on the Sound of Mull elevation, Keep gables (which are to be harled), North Wing gable, chimney,  repairs to the Sea Room windows and timber work, along with considerable amounts of roof work and lead work. Work will also include internal plaster-work, and the replacement of rainwater gutters and down pipes.

This work is important not only to Duart Castle, but to the future of restoration and conservation work. So much of the work requires very specialized techniques that have been handed down for generations. These skills are in danger of being lost to history. Your donation to help restore and conserve our ancestral home gives young craftsmen an opportunity to learn techniques that they can apply to historic structures throughout Scotland.

“It is so important that we give the next generation of craftspeople the opportunity to be involved with such iconic buildings as Duart.” 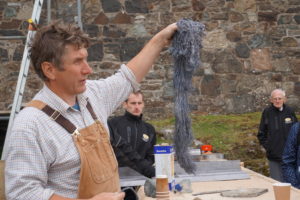 Thanks to the generosity of Clan Maclean members (and non-Macleans too!), some headway is being made to protect our home.  Some of the work needed has been completed; however, there is still a long way to go.